For a little personal project, I was inspired to make a series of poster-lets (mini posters?) based around the ancient Chinese elements, which are:

(The early days of the well-known Funk band when they had more members?)

The following excerpt is from ‘astro-fengshui.com’, and the reason I have just quoted it is because this explanation behind the origin and concept of Wu Xing is much better than I could ever cobble together! If you are REALLY (?!) pressed for time or just not interested, just skip the bit in purple and scroll down to the pretty pictures.

“In Chinese philosophy, the concept of “Wu Xing” has a prominent standing. In Chinese Medicine, Astrology and Fengshui, the idea of Wu Xing is used extensively. This term has been conveniently translated as “five elements” or “five phases”. The word “Wu” means “five”. To single out the word “Xing” and try to explain what it means is futile effort. “Wu Xing” is actually the short form of “Wu zhong liu xing zhi chi” or “the five types of chi dominating at different times”. Water dominates in winter, wood in spring, fire in summer, metal in autumn. At the intersection between two seasons, the transitional period is dominated by earth. It is customary in Chinese writing to summarize a longer phrase into a couple of characters. Sometimes the meaning is completely lost in the abbreviated form if the original phrase is not referred to. Wu Xing is one such example. Common translations including “five elements”, “five agents”, “five qualities”, “five properties” and “five courses” cannot bring out the underlying meaning of the abbreviated term. This is the deficiency of a word for word translation.”

My interpretation was of a series of ‘spheres’ that in their own way symbolised each of the five elements in the set. 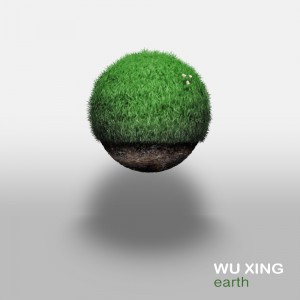 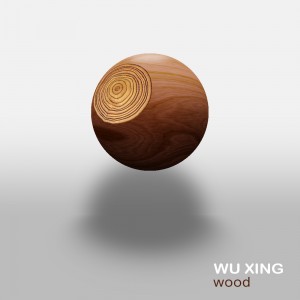 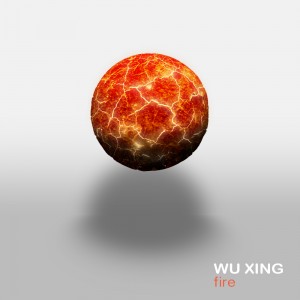 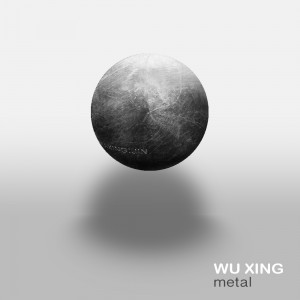 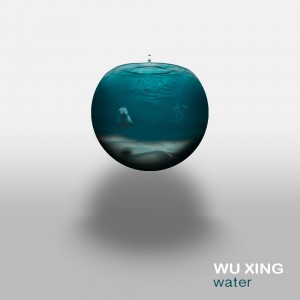 Larger size versions of this set can be seen in the portfolio layout of this website here.